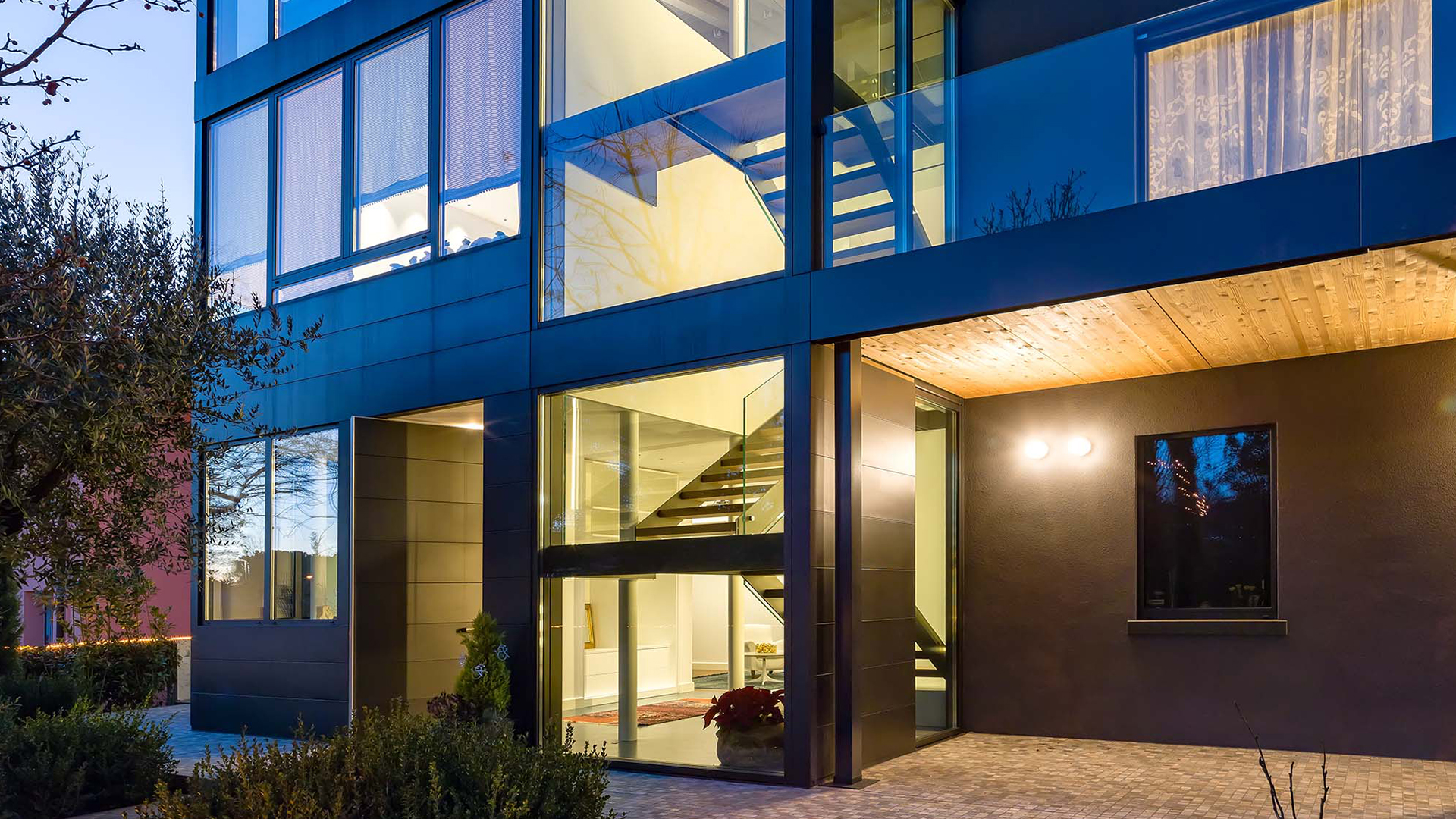 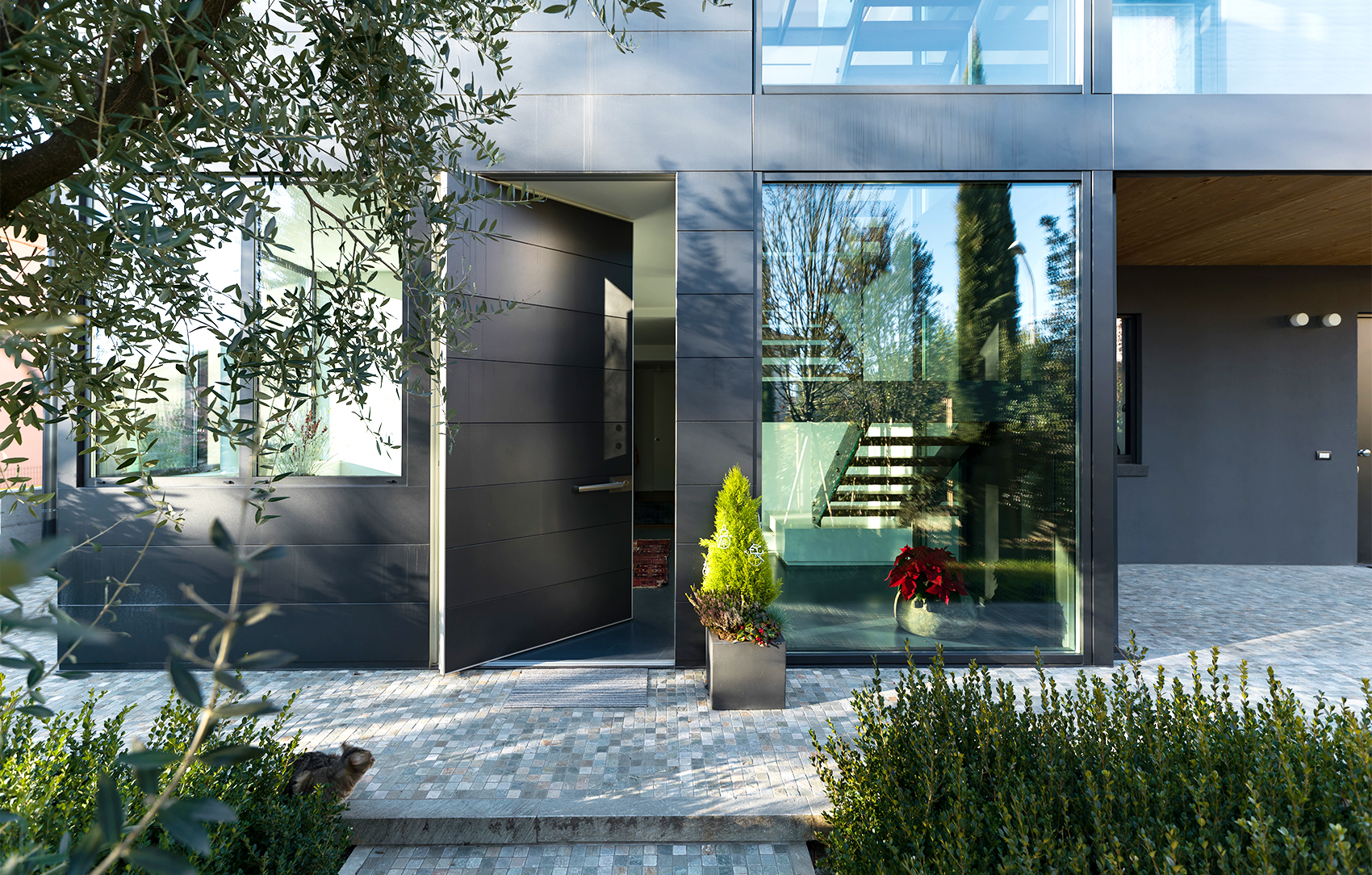 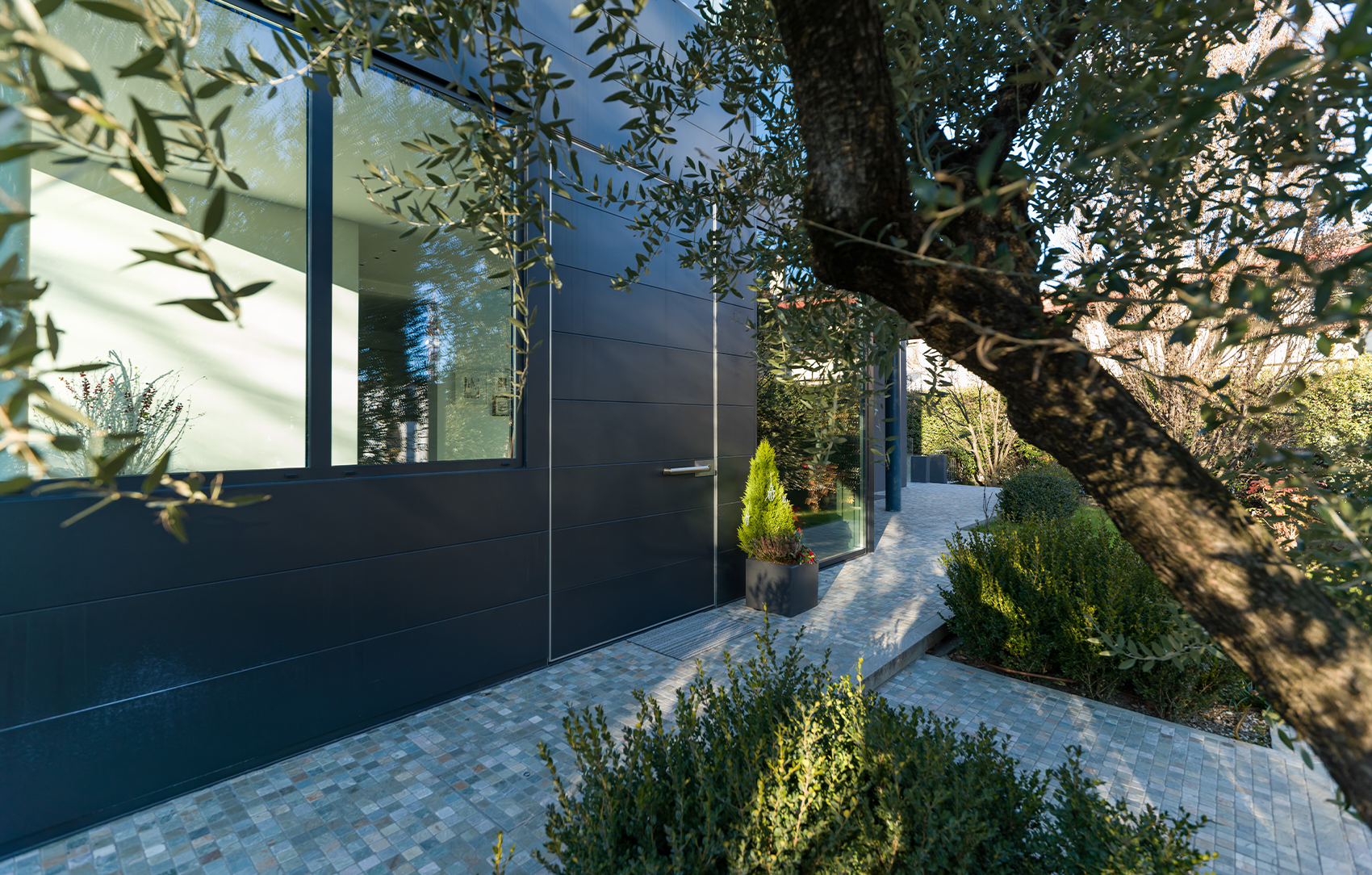 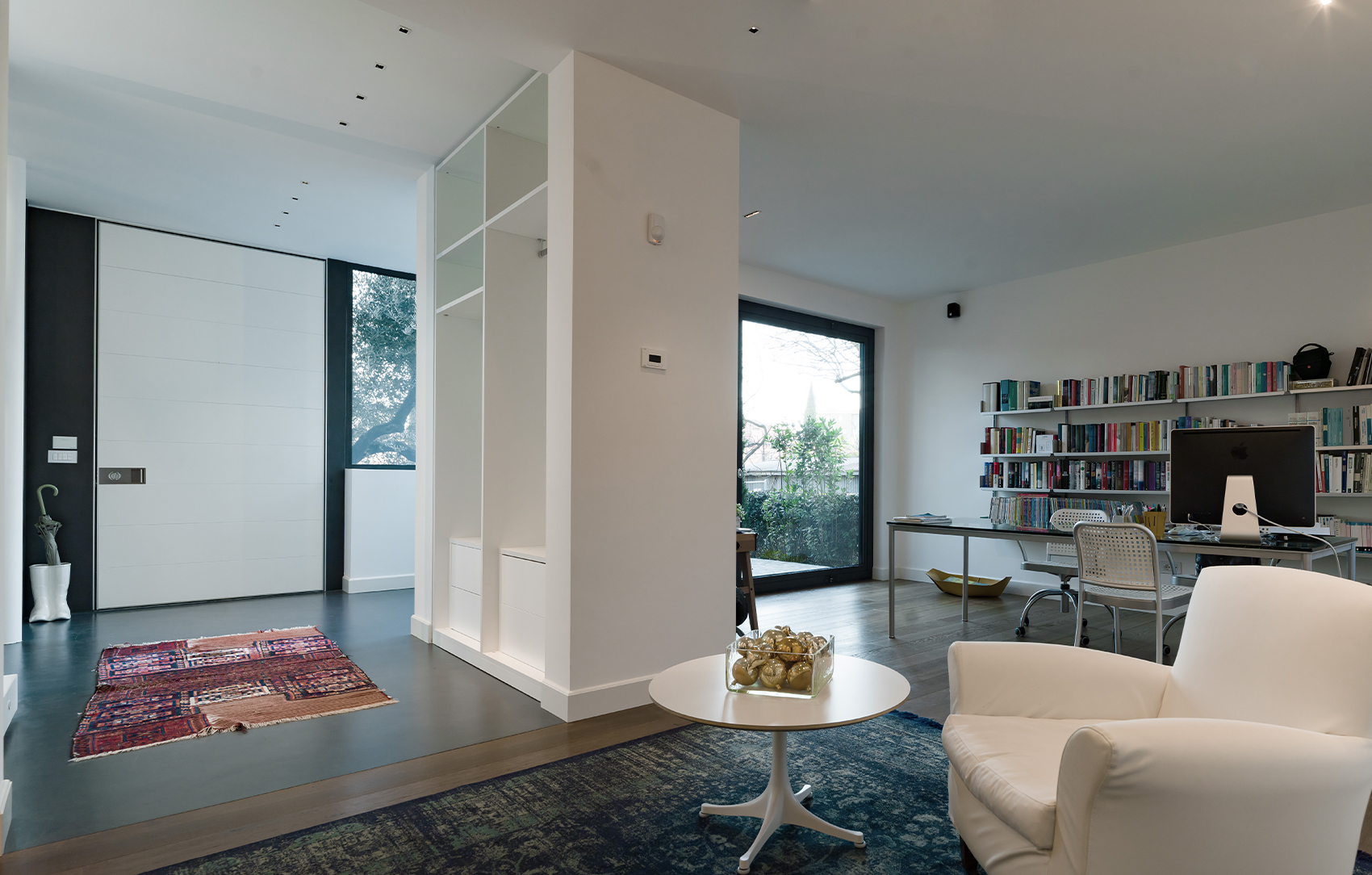 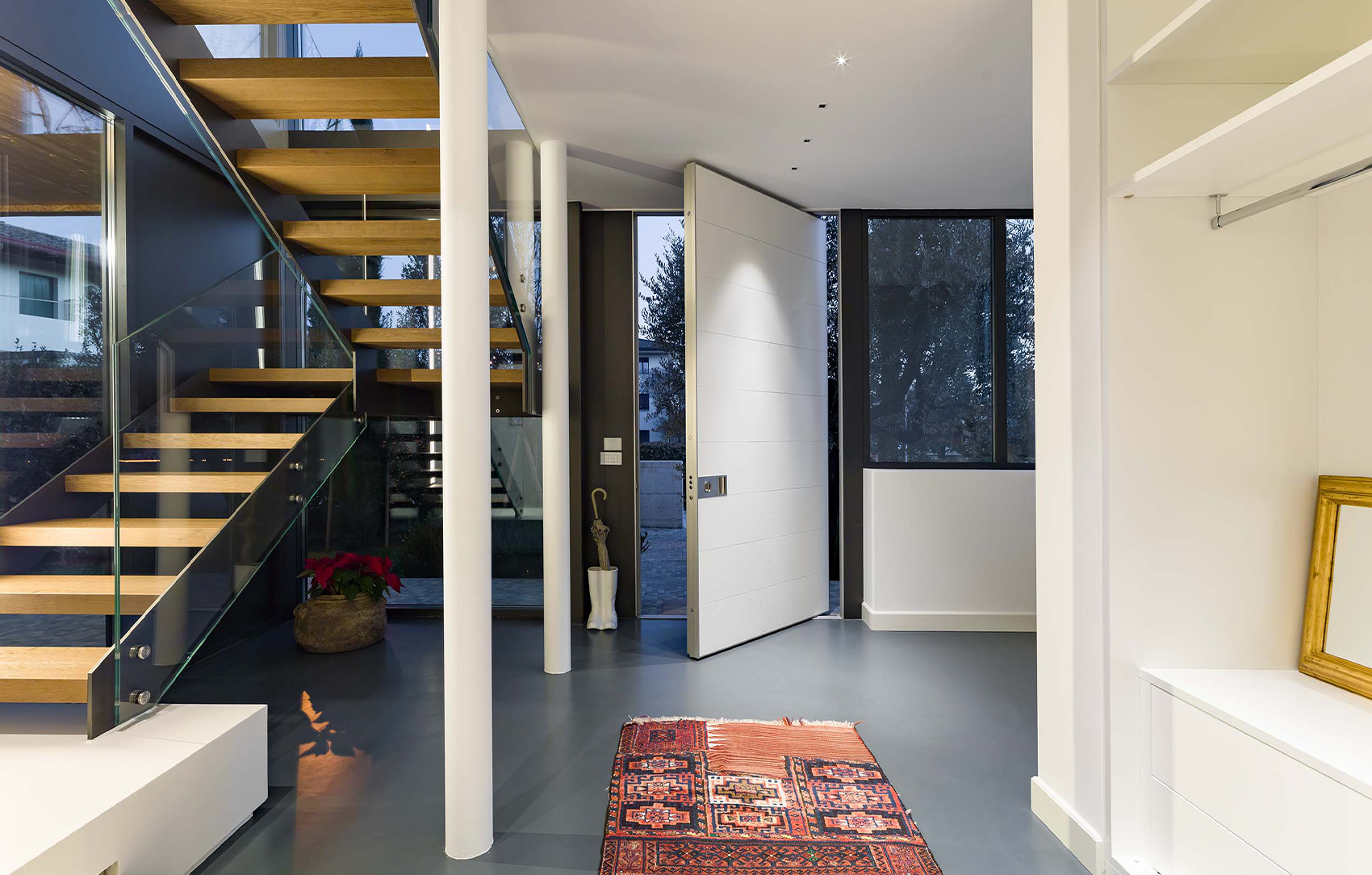 The project involves the expansion and door and window size redefinition of all four façades although without altering the current shape of the building, except only for the south façade, where an extrusion of the façade through a window divided on three
levels was created, which, however, appears to be within the overhang limits of the existing terrace and consequent covered area.
The project envisaged, also after the change in the internal distribution, the reorganization and rearrangement of the real estate units, maintaining their typology, redefining the substantial appearance of the building through a formal and compositional clean-up. 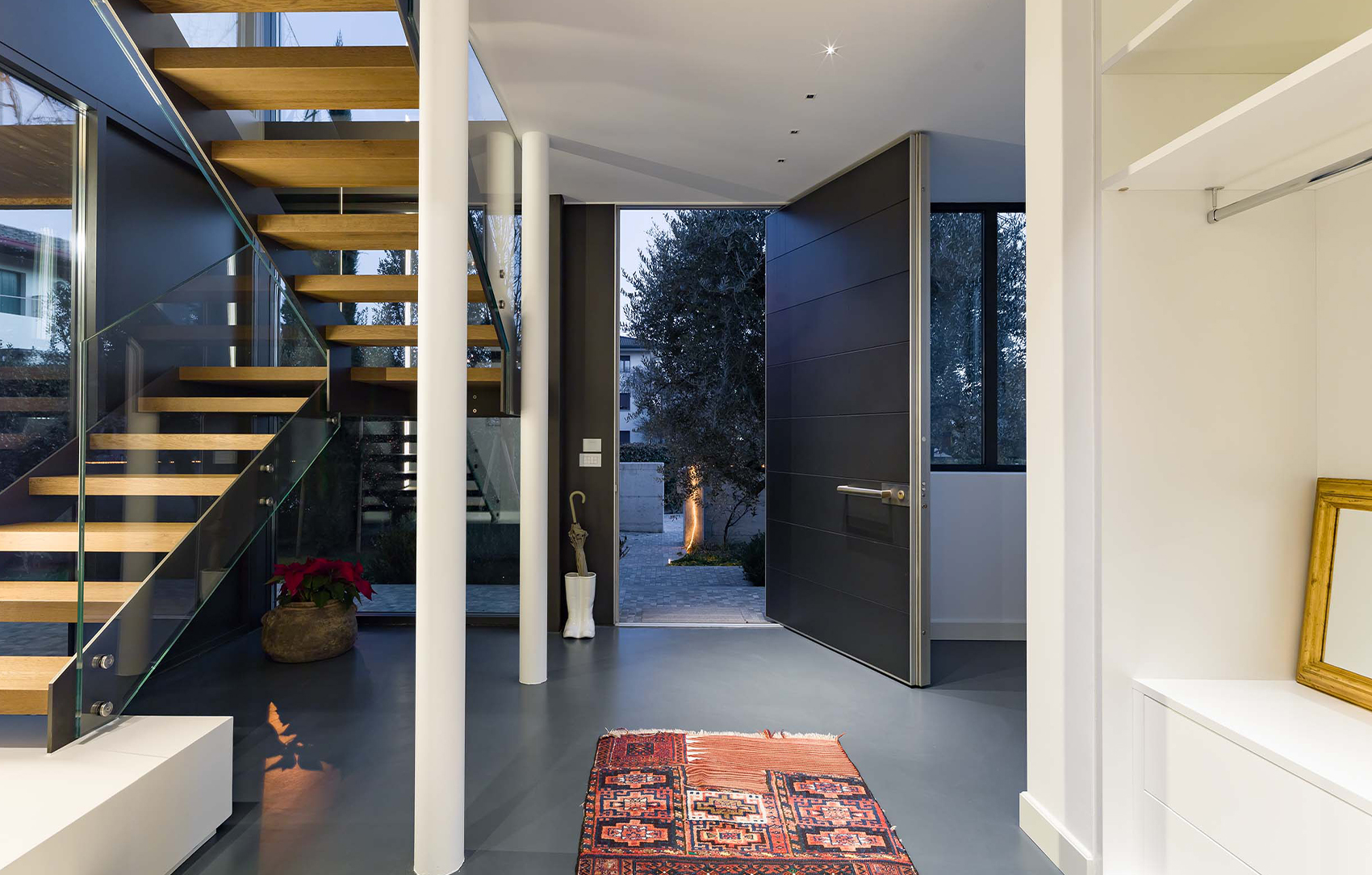 This operation of door and window size redefinition and internal partition allowed reorganizing spaces that better adapt to the needs and functionality of contemporary living.
The will of the customer of a “sustainable” construction ensuring high-level living comfort standards have oriented the design choices towards the technology of wood prefabrication so as to assure quality standards, which, combined with the system technological applications, lead to the consequent maximum level energy saving, in addition to the advantages of a lightweight structure that does not imply further burdens on the foundations. 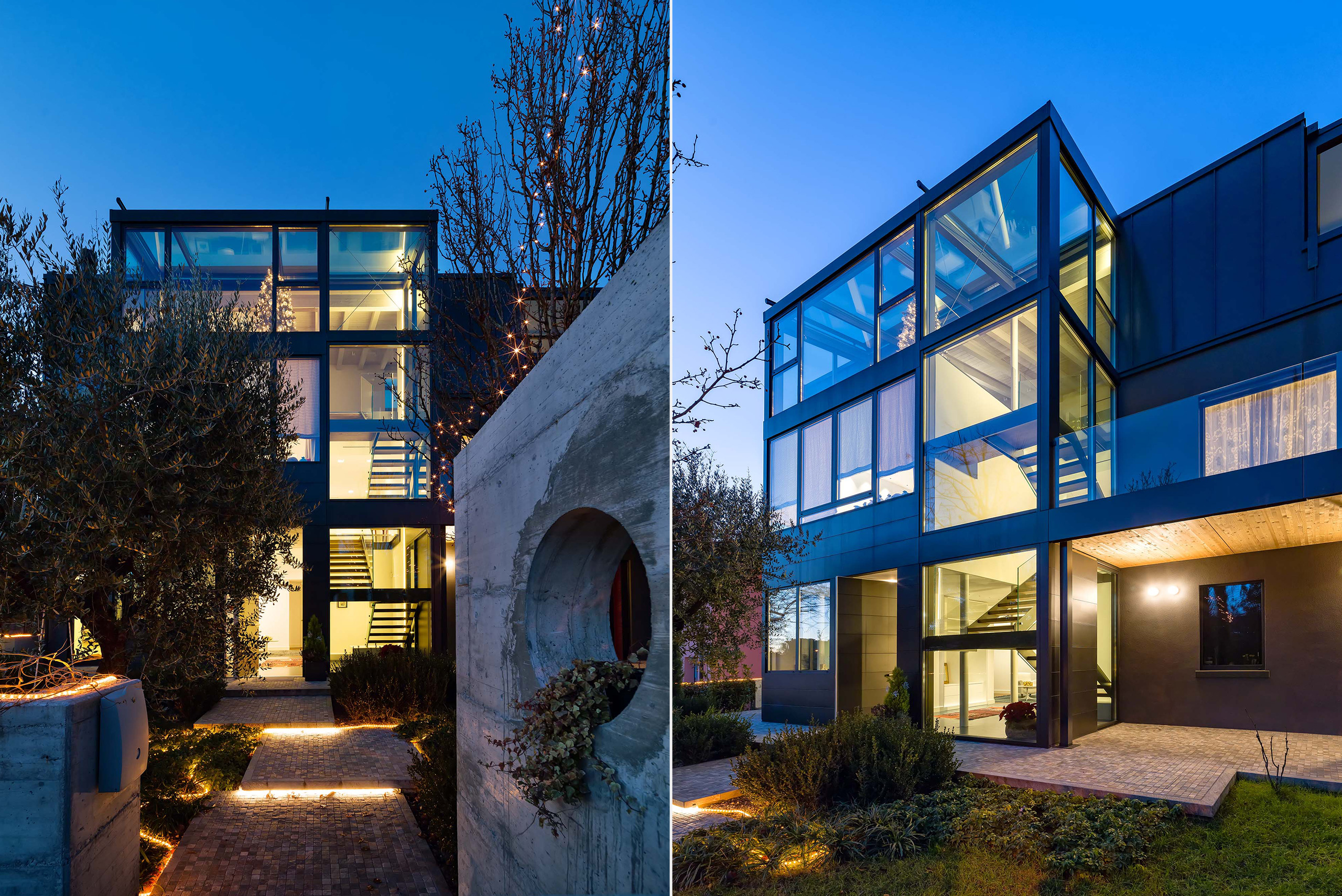 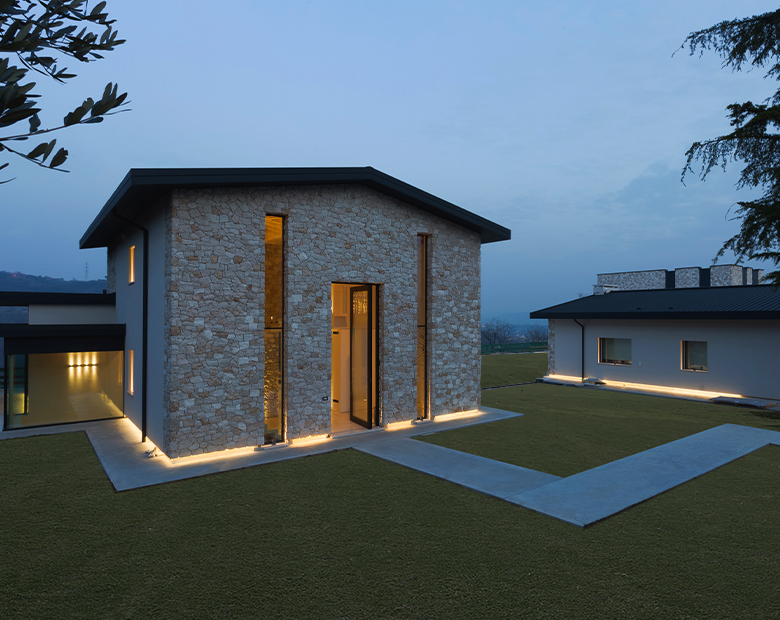 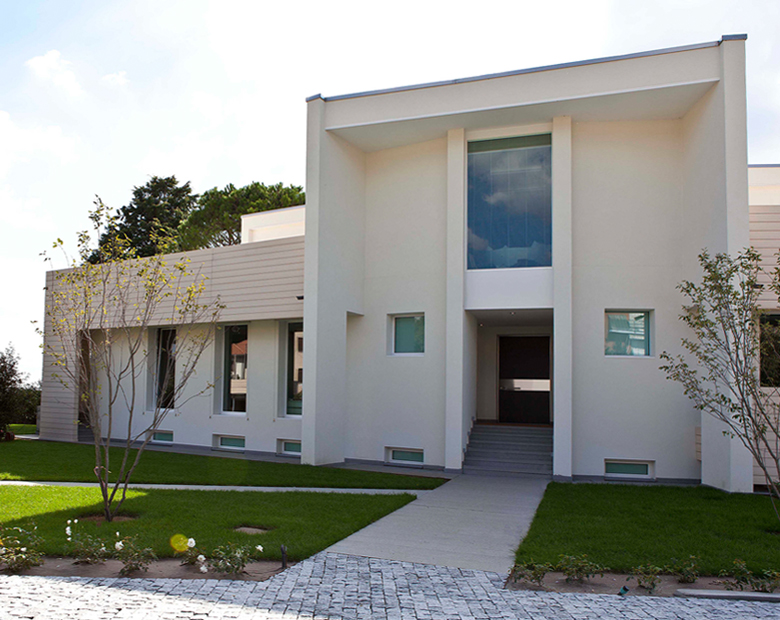 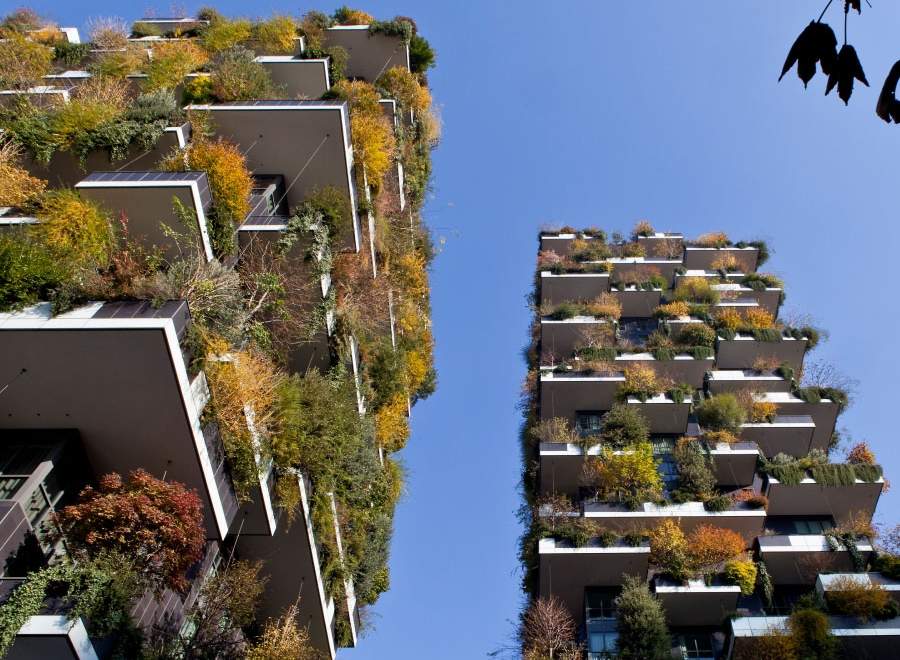 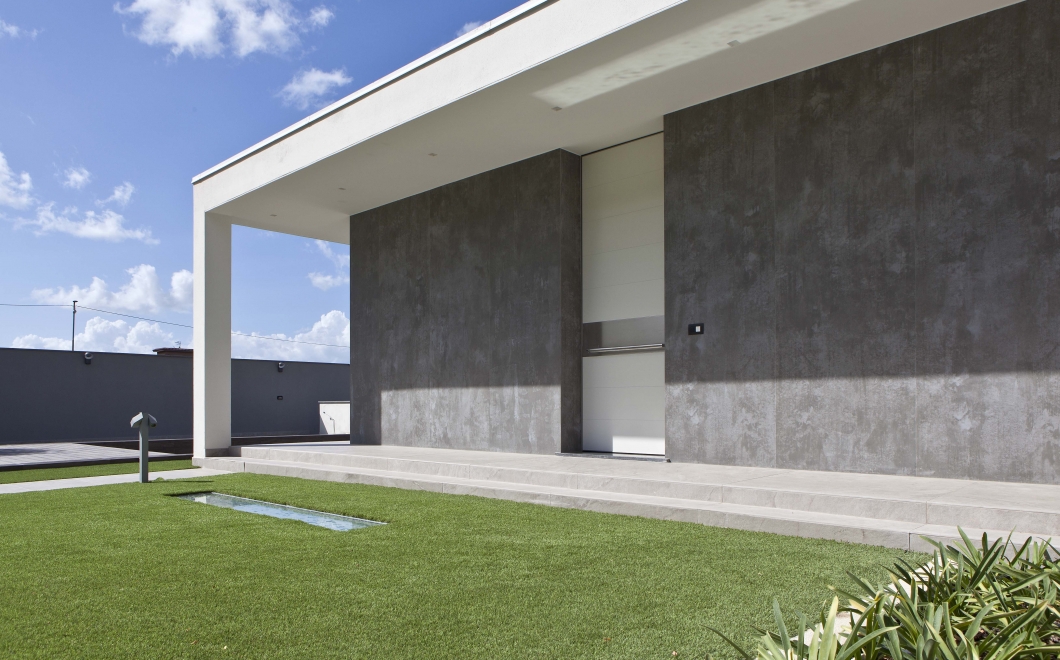 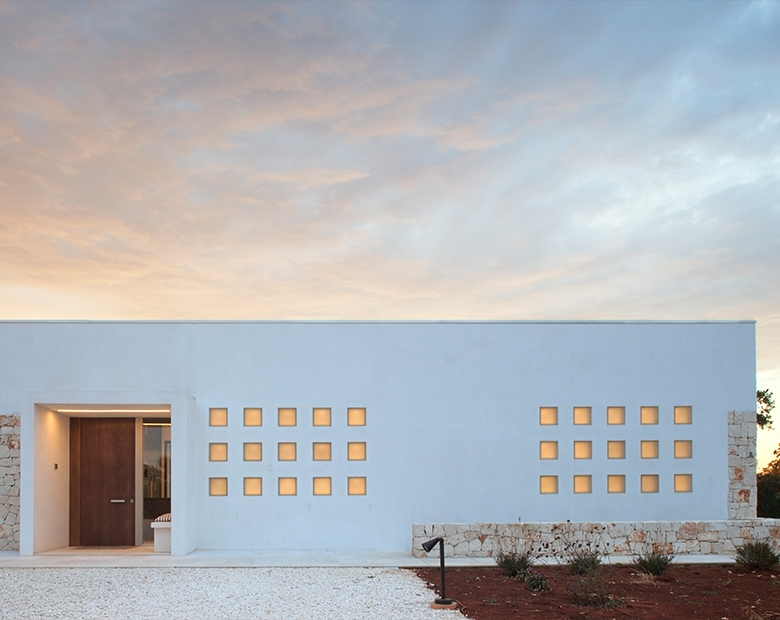 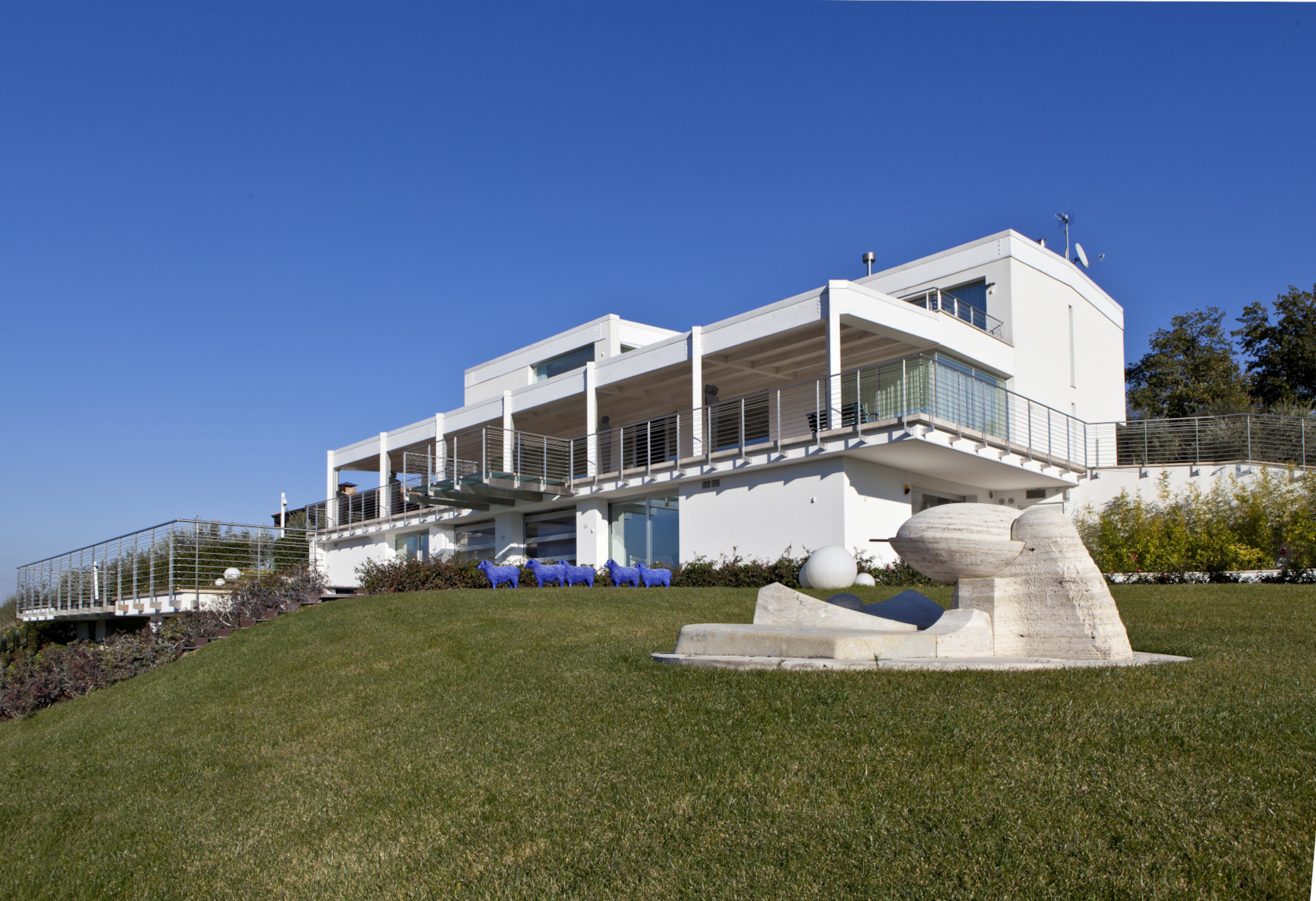 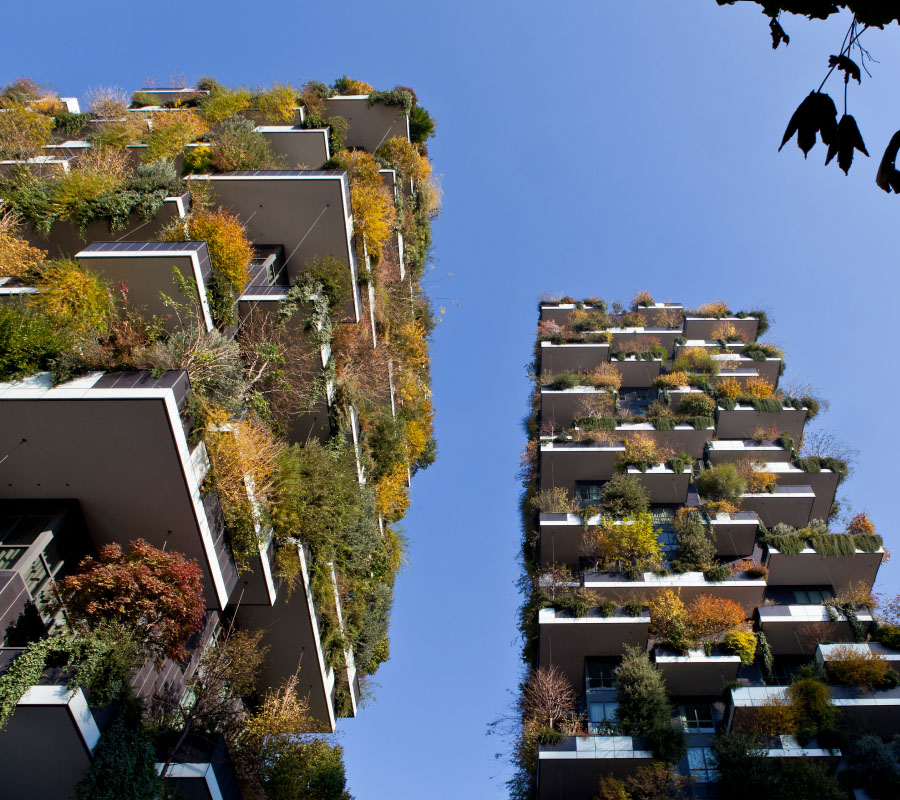 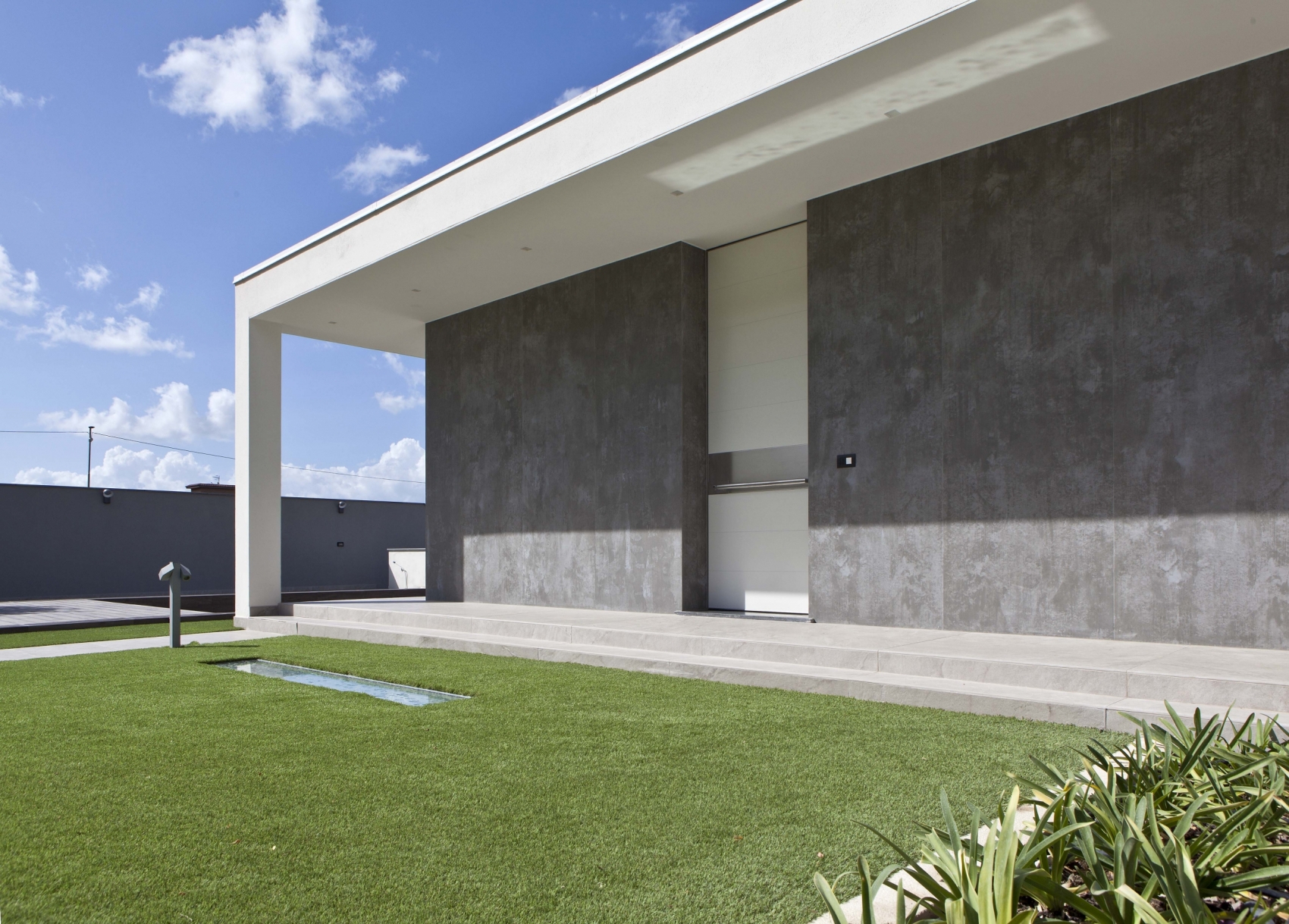