Oikos gets ready to winter with thermal break security doors

EVOLUTION, SYNUA and NOVA: three security doors of excellence made to guarantee a high energetic efficiency beginning from the threshold.

It’s a real “thermal revolution” the one began by Oikos Venezia, leader of high-end security doors. A revolution that begins from the threshold which, thanks to the heat-barrier, guarantees an exponential growth of the thermal insulation and a relevant reduction of the condensation without affecting the design and the esthetic value of the product.

With Evolution 3TT Oikos has launched a progressive process which is now extended to the pivoting armored door Synua and to the new Nova.

The famous security door addressed to big sizes, Synua, that over the years has become the symbol of the company due to its performances, esthetic values and innovation, thanks to its new heat barrier it reaches – in a word- the excellence. In its new version 3TT, with a thermal break leaf and frame, the performances concerning the thermal insulation go from U=1 against the standard U=1.6, the acoustic resistance is 38 dB, while the air, water and wind resistance reaches 4, 5A, and C5 respectively. 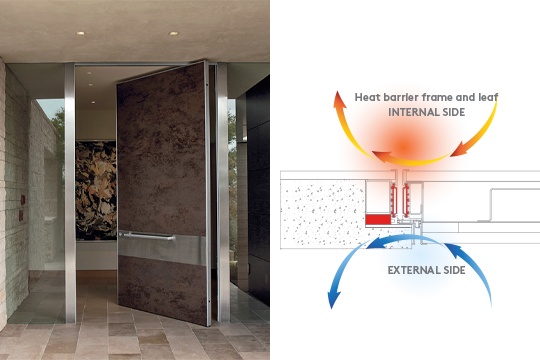 Even Nova performances are very high. It is Oikos new born which creates fully glazed entrances of every dimension. Nova, produced with thermal brake frame and leaf, assures the thermal insulation at U=0,98, acoustic insulation up to 39 dB and air, water and wind resistance that reaches 4, 5A, and C5 respectively. 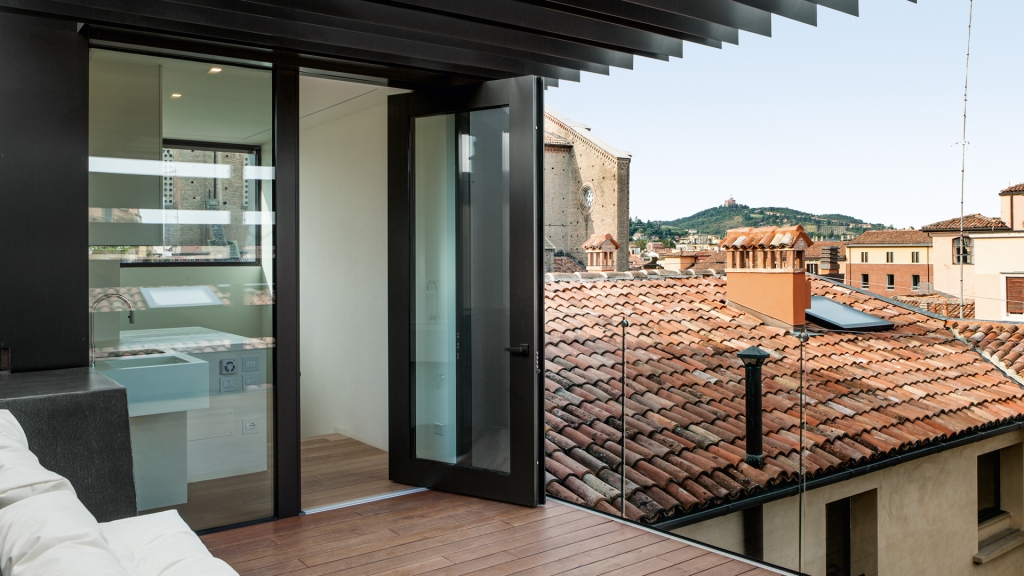 Synua and Nova complete the range of “TT doors” produced by the venetian company Oikos Venezia, together with Evolution 3TT, a winning thermal break solution which has been really appreciated in the market for its very high thermal insulation value (U = 1-0,75) and the drastic reduction of condensation. Also the acoustic insulation values (38 dB) and the resistance to air (4), water (5A capable to increase up to 9A) and wind (5C) are relevant.  Available with a standard threshold or a thermal break Plus threshold, Evolution 3TT, is suitable for buildings which have the CasaClima GOLD energetic certification. 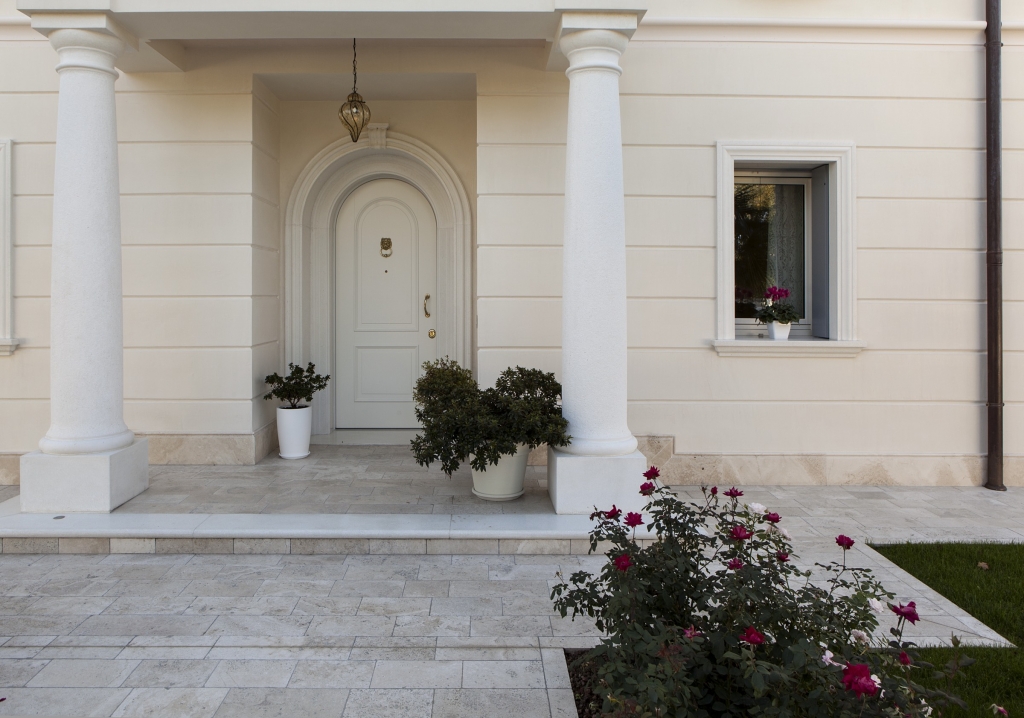 OIKOS and LAMINAM: a winning combination between at Cersaie 2019

The ceramic slab with Ossido Nero, Seta Or and Liquorice finishes gives elegance and majesty to the stand. A full-height security door which transmits a concept of solidity and resistance. A door that imposes itself proudly, integrated into the wall with the same cladding materials. When entering Oikos stand, the emotional impact is strong thanks […]
Read more

The natural stone was the main character of a stand that became a jewel An indescribable visual impact, a strong emotion that elevates the thought to the beauty of nature and its rocks, to the consistence of matter which becomes shape in the hands of artists of all ages. And at Cersaie we spoke of […]
Read more