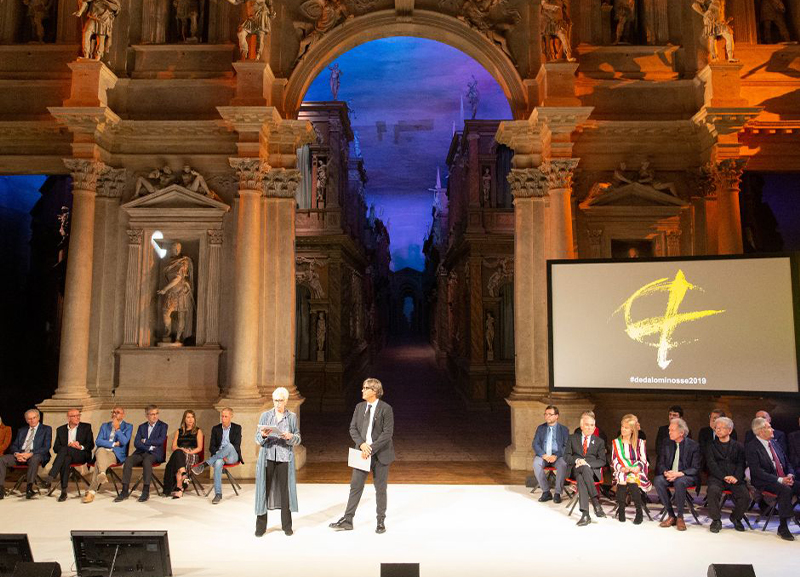 Oikos is gold sponsor of the twelfth edition of the Premio Internazionale Dedalo Minosse, a prize dedicated to Architectural Commissioning, an event which, after being cancelled for three years, restarted to put the town of Vicenza in the limelight on September 16, and it will continue to do so until October 2. It is connecting the town strongly with the world of architecture and its main protagonists: architects and, in this case, especially clients.

Marcella Gabbiani, Dedalo Minosse’s director, tells us that the prize was created in 1997, when some architects from Vicenza wanted to give credit to those who had allowed them to express at best all the creativity and talent they had in them: it was the first time that “good clients” were rewarded.

Before long the Premio Dedalo Minosse crossed national boundaries and became the only international award reserved not for those who have accomplished an architectural work, but for those who have believed in it and have funded it, since it was little more than an idea.

Vicenza and architecture: always been close

The event – which is promoted by ALA Assoarchitetti together with Regione Veneto and the Municipality of Vicenza –was held in a small Venetian town which, however, has always had an attentive gaze at the world, almost a vocation which, apparently, has been ingrained in the town’s fabric since its foundation. It is indeed here that Palladio could express in full all his genius, thus becoming the artist whom we all remember today, also thanks to his patron Giangiorgio Trissino, who had firmly believed in the Padua-born architect from the very beginning.

We can then legitimately claim that “Palladio’s Town” represented, to all intents and purposes, the perfect place to award a prize merely related to architectural clients. Vicenza’s mayor himself, Mr. Francesco Rucco, emphasized that: “Here more than anywhere else, the relationship between clients and architects boasts particularly strong and old roots”.

On the other hand, architecture does not only belong to those who conceive it and make it a reality: this form of art also concerns all professionals who, for various reasons, have a direct connection with the architectural world. The prize’s purposes include, therefore, drawing a relationship between different sectors and skills. 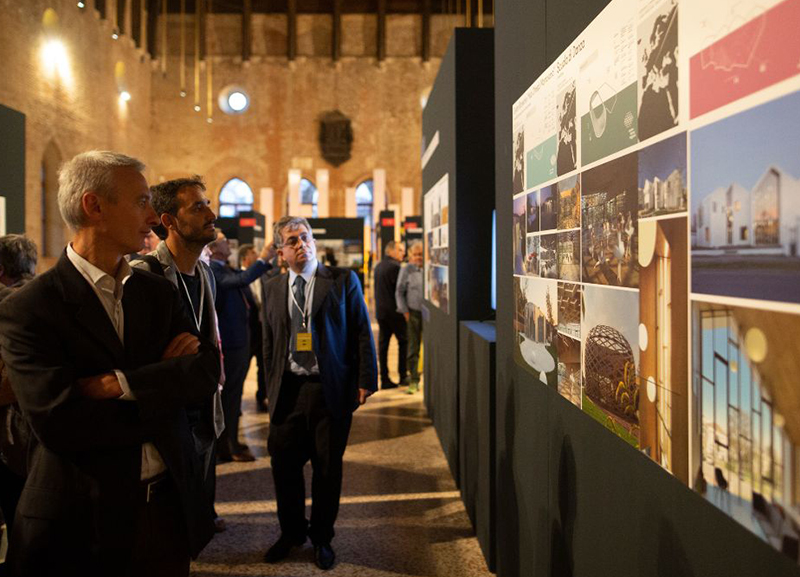 The Jury and the Event Prize

Dedalo Minosse was an international event, with more than 300 registered clients from more than 30 countries all over the world, and with a jury with an equally global appeal, who was made up of renowned architects, such as the Japanese Kengo Kuma, leading figures in the sector of architecture, such as David Basulto, founder and CEO of Archdaily, entrepreneurs, such as Paolo Caoduro, and numerous other professionals with links to the architectural field.

The jury focused in particular on a few specific subjects: social sustainability, public sharing, implementing the Design for All principles, enhancing and preserving architectural landscapes and heritage, employing innovative and recyclable technologies and materials aimed at protecting the environment, promoting local traditions and languages, adopting a multidisciplinary approach to design and integrating art, architecture and design.

The award ceremony of the four winners of “Architecture’s Oscar Night” was held on 16 September at the Teatro Olimpico in Vicenza and, along with the awarded clients, another twenty were invited to take the stage, who were rewarded for having distinguished themselves in the development of the architectural sector, by upholding and promoting their architects’ talents.

After the Award, the Performances

After the Dedalo Minosse award ceremony, the Multimedia Exhibition was inaugurated in the large hall of the Basilica Palladiana in Vicenza, an event which – until 2 October – is going to allow visitors to admire graphic tables, models, videos, and installations, where the Prize-winners’ different points of view on the notion of architecture will be observed and identified.

Then, this year again, Fortunato D’Amico hosts its collateral art exhibition entitled “Art and Architecture between Nature and Artifice”, which is mainly focused on the human-environment nexus.

Architecture has been and will be the true protagonist until 2 October in the town of Vicenza: an undoubtedly medium-to-small town which, however, has long had a clear view of international culture and entrepreneurship. 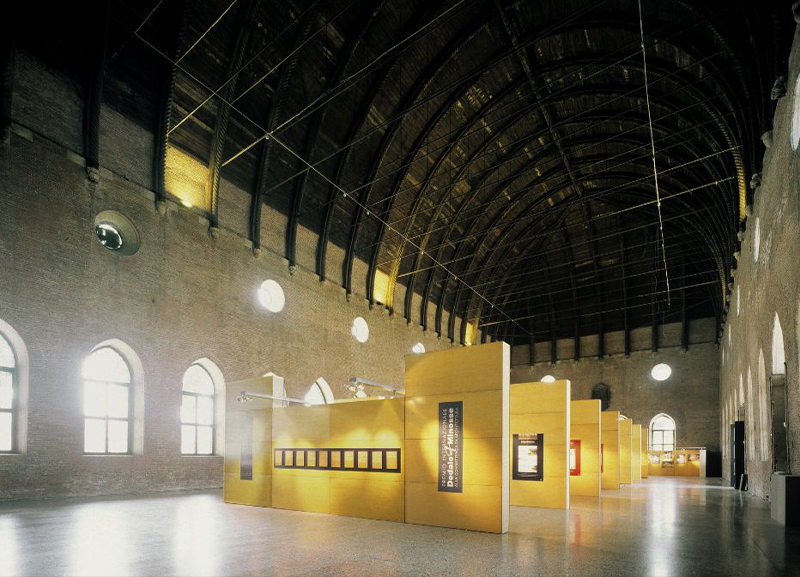 ARCKEY, THE LOCK AT THE SERVICE OF ARCHITECTURE

It ended successfully for Oikos Venezia the Batimat 2015, exhibition held in Paris North – Villepinte from 2nd to 6th November. In this occasion, it was presented Arckey, the new integrated system of access control with an electronic opening of the door through an application. It has attracted considerable interest and surprise in visitors. The new electronic opening and locking […]
Read more

A special contest where 1500 international architects and planners have arrived to Venice in order to attend the event called “The culture. A company. Possible landscapes.” promoted by the producer of security doors Oikos Venezia in order to go deeper to the theme of the culture in the current production process. The amazing canvas on the wall and the ceiling of […]
Read more